The Cayman Islands have an interesting history, but most visitors are too busy enjoying the sun to take much interest in the Islands’ past.

This is something I am going to rectify in this article by providing a brief Cayman Islands history lesson.

These days the islands’ beaches are full of holidaymakers and rich tax exiles. However, 500 years ago the only thing on the beach was turtles. A lot can change in half a century.

Christopher Columbus is most famous for being the man who discovered America. However, this intrepid Italian explorer was also the first person to record the existence of the Cayman Islands.

According to the captain’s log, he sighted the islands on May 10, 1503. There were so many turtles swimming in the seas around the three islands, he named them Las Tortugas (the turtles).

Many decades later, in 1586, Sir Frances Drake arrived at Grand Cayman, bringing a fleet of 23 ships with him. His records state the island’s only inhabitants were turtles, iguanas, and alligators.

Turtle meat is highly nutritious. It’s rich in protein and low in fat. Thanks to the fact that catching turtles is neither difficult nor dangerous, the Cayman Islands quickly became a popular stop for ships passing through the Caribbean.

So many turtles were killed over the following few hundred years, the species became quite rare on the islands.

Turtle meat is still a popular food on the Cayman Islands and many restaurants have turtle steak and stew on the menu. However, due to the fact that the local turtle population has become so depleted, turtles dishes are a pricey option.

What was once a cheap and plentiful food is now a delicacy.

Pirates of the Caribbean

No history of the Cayman Islands would be complete without mentioning the islands’ connection with pirates.

Merchants were not the only ones visiting the islands. By the mid-1600s the Cayman Islands were the home base of the pirates who used to attack the galleons bound for Europe. A lot of gold and silver from the New World ended becoming pirate’s loot.

Many of the most infamous pirates of the Caribbean, including Blackbeard and Henry Morgan, made regular use of the islands. This continued for several centuries.

This dark chapter of Cayman Island history, at least, is not totally forgotten. To this day, the Cayman Islands hosts an annual Pirates Week Festival.

The history of the first Cayman Island Settlers is a little unclear.

According to local folklore, the first people to inhabit the islands were a Welshman by the name of Walters and his companion Bawden.

However, even the names are unclear. Some records state the names were Walter and Bodden.

If the accounts are true, the pair made Grand Cayman their home in 1658 after serving in Jamaica with Oliver Cromwell’s army.

The first permanent Cayman Island resident was born on Grand Cayman around the year 1700. His name was Isaac Bodden. This suggests Walters’s companion was indeed a Bodden, not Bawden.

More serious attempts to settle Grand Cayman began in 1734. Cayman Brac and Little Cayman had no permanent settlers until much later, in 1833.

Despite the haziness surrounding the history of the early Cayman Island settlers, some things are more clear.

Many of the first Cayman Islanders were people who came from the fringes of society. Due to this, early life on the island was pretty lawless.

The early settlers often practiced a technique called “wrecking”. Using a variety of clever techniques, they lured passing galleons onto the rocks. Then, paddling out in canoes, they got to work plundering the vessels under the pretense of offering the sailors aid.

England and Jamaica got formal control of the Cayman Islands in 1670 under the Treaty of Madrid. At the time Jamaica, was an English colony as well so the politics of the situation were quite complicated.

However, in 1962, when Jamaica declared its independence, the Cayman Islands became subject to direct British rule.

The Islands remain a British overseas territory to this day.

How the Cayman Islands Became Tax-Free

The history of the Cayman Islands tax-free status is also a little unclear. However, the most popular story about this is quite interesting. Especially bearing in mind the early residents’ fondness for wrecking.

Apparently, during the early hours of February 8, 1794, 10 British ships were wrecked on the reef at Gun Bay, Grand Cayman.

Defying the dangerous condition, the Cayman Islanders got to work rescuing the passengers and crew.

Several people, including the captain of the Britannia, lost their lives. However, if there is any truth in this slice of Cayman Islands history, the islanders succeeded in saving 450 people.

Again, there are no records to support any of this, but it’s believed that a member of the British Royal family was among those who were saved. Some say it was the nephew of King George III.

Apparently, the King was so grateful for the Islanders’ bravery, he issued a decree stating Cayman Islanders would never again need to pay tax. Furthermore, nor would they ever be conscripted for war services.

These days, the Cayman Islands are a popular holiday destination. The islands also attract many wealthy people who wish to reduce their tax burden.

The tourist industry was hit hard in 2004 when Hurricane Ivan devastated the islands.

According to some reports at the time, most of Grand Cayman was flooded, with much of the island being 8 ft or more underwater. The direct physical damage to the Cayman Islands was CI$ 2.4 billion.

Thankfully, life in the Caymans has returned to normal. However, the long process of recovery took a number of years and Hurricane Ivan and its aftermath is a period in Cayman Islands history the islanders are unlikely to forget.

Hello, I’m Eloise Jiggins. Real Estate is my passion. Cayman is my home. I would love to discuss the current market trends with you. Please get in touch. Je parle aussi français.

Get instant access to my newsletter where I review the market conditions and share the latest listings to buy, sell or relocate to the Cayman Islands.

Hello, I’m Eloise Jiggins. Real Estate is my passion. Cayman is my home. I would love to discuss the current market trends with you. Please get in touch. Je parle aussi français. Learn More About Me 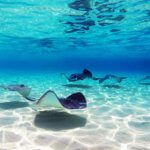 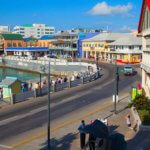 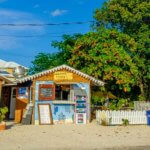 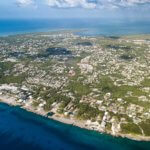